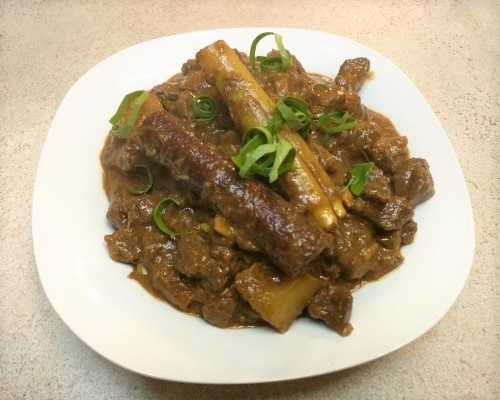 Another spice that has a wide variety of uses is cinnamon. From sweet to savory, cinnamon’s versatility is obvious in many cultures. I use it as much as star anise, if not more. It is a constant companion to star anise in many of braised dishes, and in quite a few sweet dishes. I have cinnamon in two forms in my kitchen: whole and ground.  Here is a list of some of the dishes what I've tried so far.  For the love of cinnamon!

Pineapple Jam for pineapple tarts (simmered in the pineapple jam)

Cherry Crisp (in the cherry filling and in the crisp topping) 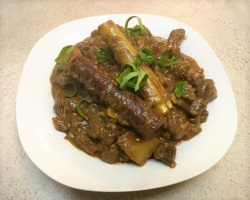 One of my favorite Malaysian dishes is Beef Rendang. However, to make an authentic Rendang requires toasted coconut, blending and slowly frying the blended ingredients to a just-so perfection. Though I hope to make an authentic rendang sometime in the near future, my current schedule just doesn't allow for it right now. So I have improvised. Using lndian spice powders (garam masala) and unblended ingredients, I have tried to mimic the amazing fragrant braised goodness of authentic Rendang. Don't be put off by the number of ingredients - once you have them on hand, it's just a matter of placing it in the pot and simmering.  Feel free to substitute Beef with Lamb or Mutton or Pork.  And yes, like the original Rendang, it tastes better the next day.